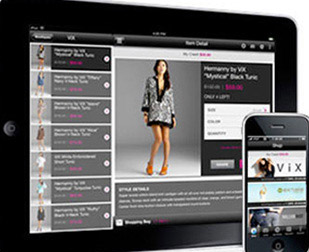 Asia trumps US in transitioning from e-commerce to m-shopping. New research from Havas Worldwide revealed that only 16 percent of US consumers have used a mobile device to shop, compared with 50 percent in China, 48 percent in Singapore and 42 percent in India.

The study aimed at looking closely at emerging paths to purchase around the world.

Among the findings of the landmark study is that Americans are less likely to see the smartphone as a point of sale (POS). The study noted that despite the majority of top retailers investing R&D dollars in mobile apps, only 26 percent of US consumers are comfortable purchasing products with their smartphones. Conversely, in China and India the majority of consumers are comfortable doing so (64 and 54 percent, respectively).

Globally, 43 percent of those surveyed have used a smartphone to check for a better price or product reviews online while shopping for a product in a store. The practice is standard in China (74 percent), India (62 percent),
and Singapore (58 percent). Yet, in the United States, less than one-third of consumers (32 percent) have used a mobile phone for comparison shopping or research while browsing a brick-and-mortar retailer.

Peer reviews have also less influence over US consumers. More than 3 in 5 global respondents (61 percent) trust peer reviews of products and services more than they trust expert reviews. Here, too, percentages are far higher in China and India (87 and 74 percent), as well as Brazil (78 percent), than in the US (58 percent).

“Our study explores how consumers are moving on from the last decade’s relatively simple and static model of digital commerce to the more complex and dynamic systems of m-shopping, using a mix of fixed and mobile devices,” says Matt Weiss, global chief marketing officer of Havas Worldwide.

“This shift is most pronounced in Asia, where wider adoption of m-shopping is givingbrands and developers great incentive to push through new mobile-centric services. They’re well placed to be ahead of the curve in the coming generations of m-shopping technologies and systems,” he added.

Weiss suggests that in markets where smartphones are the norm, brands must aim to create preference by developing apps that make transactions quick and seamless, and that offer more value than the consumer can find elsewhere.

“More and more, this will mean making smart use of data to engage people at point of purchase with tailored offers that convince them to close the deal,” he said.