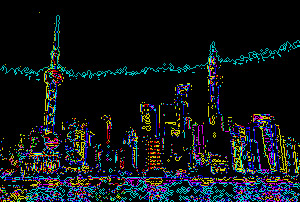 Remember when Japan was set to become the world’s top economy? The risks of such forecasts have been highlighted by this and other fearless predictions, including more recently that China would continue its double-digit growth rate forever and that India would quickly become the “new China.”

However, Asia’s rise to global prominence is no fantasy, with many arguing that the recent emergence of China and India merely reflects a return to the historical economic norm after the postwar dominance of the United States.

Halfway through the twentieth century, the continent accounted for only 20 percent of global GDP, but spearheaded by Japan and South Korea’s “economic miracles,” the rise of the Asian tiger economies of Southeast Asia and China’s subsequent economic boom, Asia now contributes 40 percent of global GDP. According to the International Monetary Fund, it will deliver nearly two-thirds of global growth in the next few years.

If the last few decades have been the story of China’s rise to prominence in the global economy, the decades ahead are seen as belonging to India.

India displaced China as the world’s fastest-growing major economy in 2014, and with 7.7 percent annual GDP growth forecast by the USDA until 2030, the South Asian giant is universally regarded as the next global economic powerhouse.

The IMF has even predicted that India will rise from seventh-largest to become the world’s third-largest economy as early as 2019, aided by its reformist government and its young population that is delivering a demographic dividend.

While low commodity prices have hit the other BRIC economies of Brazil, Russia and China, India’s status as a net commodity importer and consumer has placed the world’s largest democracy in pole position to capitalise from current global market conditions.

As low oil, coal and iron ore prices persist, India’s trade deficit continues to shrink and consumer spending power is on the rise, while its major economic obstacle, inflation, is at its lowest level in a decade.

That is not to say India does not face challenges managing the demands of its impatient populace. But the World Bank sees India maintaining its status as the world’s fastest growing major economy on the back of public-sector investment and positive regulatory reforms, making India a reasonably safe bet to continue as Asia’s rising star.