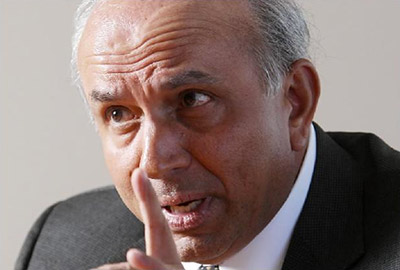 PUBLISHED BY: Brandspoke
CATEGORY: News
India-born Watsa led Fairfax consortium to buy BlackBerry for $4.7 billion. BlackBerry Limited today announced it has signed a letter of intent agreement under which a consortium to be led by Fairfax Financial Holdings Limited has offered to acquire the company subject to due diligence.

New Delhi, Sept 24:   Hyderabad-born Prem Watsa is the founder, chairman, and CEO of Fairfax Financial Holdings, based in Toronto. Often called the “Canadian Warren Buffett” he is an alumnus of the Hyderabad Public School, Begumpet and a graduate of the Indian Institute of Technology with a degree in Chemical Engineering.

The BlackBerry Board of Directors, acting on the recommendation of a special committee of the board of directors, approved the terms of the LOI under which the consortium, which is seeking financing from BofA Merrill Lynch and BMO Capital Markets, would acquire BlackBerry and take the company private subject to a number of conditions, including due diligence, negotiation and execution of a definitive agreement and customary regulatory approvals.

The Special Committee, chaired by Director Tim Dattels, was formed in August 2013 to review strategic alternatives for the company. J.P. Morgan and Perella Weinberg are acting as financial advisors and Skadden, Arps, Slate, Meagher & Flom LLP and Torys LLP are acting as legal advisors.

Diligence is expected to be complete by November 4, 2013. The agreement is on a non-exclusive basis. If BlackBerry enters into any agreement providing for an alternative transaction with a person with whom discussions were held before or during the diligence period, then BlackBerry shall pay Fairfax a fee of $0.30 per BlackBerry share, provided, however, that no such fee shall be payable if the consortium shall have reduced the price offered below $9.00 per share without the approval of the board of directors of BlackBerry. In the event that a definitive agreement is signed with Fairfax the termination fee will increase to $0.50 per share.

Barbara Stymiest, Chair of BlackBerry’s Board of Directors, said: “The Special Committee is seeking the best available outcome for the Company’s constituents, including for shareholders. Importantly, the go-shop process provides an opportunity to determine if there are alternatives superior to the present proposal from the Fairfax consortium.”

Prem Watsa, Chairman and CEO of Fairfax, said: “We believe this transaction will open an exciting new private chapter for BlackBerry, its customers, carriers and employees. We can deliver immediate value to shareholders, while we continue the execution of a long-term strategy in a private company with a focus on delivering superior and secure enterprise solutions to BlackBerry customers around the world.”