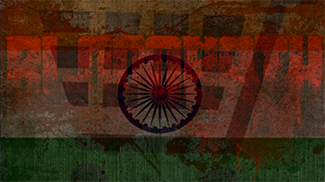 Indian brick and mortar retailers want to survive they will weed to go online but that will be a bloodbath.

So, for its first big gamble on India’s booming e-commerce space, the group says it will only sell Camels—that’s short for “certified authentic merchandise everybody loves”—on its online shopping platform, Tata CLiQ.

It may be a contrived marketing ploy aimed at eventually drawing 100 million customers, but that doesn’t matter. The battle for a share of India’s burgeoning urban, young internet shoppers, is getting bloody. And the Tatas may just have opened a new front.

There’s also the Aditya Birla Group, led by 48-year-old billionaire Kumar Mangalam Birla, which runs one of India’s largest fashion retail businesses with departmental stores such as Pantaloons and brands such as Allen Solly. It launched a multi-brand online fashion store, abof.com, in Oct. 2015. Birla, who views online retail as a “sunrise sector from an investment point of view”, plans to “build another billion-dollar business of the group in this space.”

In all, over half-a-dozen large, one-time brick-and-mortar-only retailers are going up against the big guns of India’s e-commerce ecosystem—who, incidentally, are themselves struggling.

Flipkart, India’s largest online retailer, for instance, is hamstrung by everything from devaluation and top-level exits to massive organisational restructuring due to a dearth of funding options. Other players, too, are suffering due to subdued investor sentiment. India’s three largest e-commerce players—Flipkart, Amazon and Snapdeal—are bleeding money to woo customers, reporting combined losses of over Rs5,052 crore in fiscal 2016.