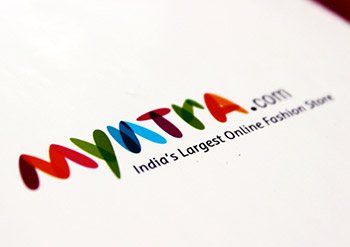 NEW DELHI: Flipkart-owned Myntra today said it has acquired Jabong from Global Fashion Group for an undisclosed amount, a move that will mark further consolidation in India’s booming e-commerce industry.

Myntra, which itself was acquired by Flipkart in 2014 in an estimated Rs 2,000 crore deal, will have access to a combined base of 15 million monthly active users.

No financial details were disclosed.

“The acquisition of Jabong further strengthens Flipkart Group’s position as the undisputed leader in Fashion and Lifestyle segment in India. Jabong is among India’s major fashion multi-brand e-store with more than 1,500 on-trend international high-street brands, sports labels, Indian ethnic and designer labels and over 1,50,000 styles from over a thousand sellers,” Myntra said in a statement.

No official statement was available from Jabong.

Some of global brands that will be exclusive to both the platforms include Dorothy Perkins, Topshop, Tom Tailor, G Raw Star, Bugatti Shoes, The North Face, Forever 21, Swarovski, Timberland and Lacoste.

This acquisition is a continuation of the group’s journey to transform commerce in India, he added.

“The acquisition of Jabong is a natural step in our journey to be India’s largest fashion platform. We see significant synergies between the two companies especially on brand relationships and consumer experience. We look forward to working with the talented Jabong team to shape the future of fashion and lifestyle ecommerce in India,” Myntra CEO Ananth Narayanan said.

Jabong has been in the market for a sell-off and was in discussion with companies including Future Group, Snapdeal and Aditya Birla-owned Abof among others.

While Jabong has managed to reduce losses by reducing discounts, both Kinnevik and Rocket Internet seem unwilling to infuse fresh capital and are believed to be keen to exit.

In April this year, GFG raised fresh funding from existing investors at a lower valuation, raising 300 million euros from Rocket Internet and Kinnevik.

Jabong has been in the market for a sell-off and was in discussion with companies like Future Group, Snapdeal and Abof among others.