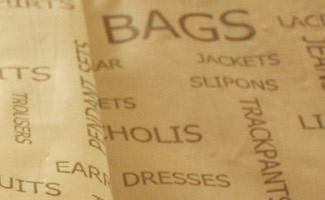 Myntra-Jabong deal worries big fashion. It’s a scenario where 80-90 per cent of sales of premier global brands is happening from one entity which is controlling all three portals and that is a worry for many of the brands.

“It’s a scenario where 80-90 per cent of sales of premier global brands is happening from one entity which is controlling all three portals and that is a worry for many of the brands,” said a fashion consultant who advises on online strategies of many Indian and global labels.

“The worry is that the group will ask for more favourable terms, including higher margins and that may not be favourable for the brands,” the person said on condition of anonymity. Various Indian and international labels echoed this sentiment.

Many brands, including Tommy Hilfiger, Puma, Wrangler, Benetton, Vero Moda, Adidas, Levi’s, Biba, W, and Faballey, sell their products on both Myntra and Jabong. Brand owners say Indian ecommerce companies are under pressure to turn profitable and lately they have been cutting on their notoriously heavy discounting even with asking for more margins from brands that sell on such marketplaces.

“In order to make their business viable they have to arm-twist brands into giving more margins and on the other hand raise the prices for the consumers,” said the head of an Indian ethnic brand that sells on Flipkart, Myntra, Jabong and Amazon.

A Myntra spokesperson tried to allay such concerns. “The goal here is not margins, but growth. Our goal is full price sales. This will be easier now than before and will benefit the brands,” the spokesperson said in an email response to ET.

“Our relationship with our brands is absolutely paramount and critical to our business,” the person said.

“Now what gets us to profitability will be scale.” Myntra has said it is hoping to turn profitable next year when the Bengaluru-based online retailer is eyeing $1billion in sales. Chief executive of a global fashion house that sells various brands said the Myntra-Jabong deal has both pros and cons.

“For international brands Jabong and Myntra are the biggest platforms. Now 90 per cent of the fashion business is within this company and that is bad from that perspective as some brands will be arm-twisted,” he said.

“But it is good from perspective that there were too much discounting and fighting happening and too much money was being burned. Maybe now that money will be spent on creating value for consumers, efficiency improvement and stuff like that.”

Some companies said the development will impact brands that have high reliance on online sales. “Brands who are heavily dependent on online marketplaces might be susceptible but otherwise Jabong’s acquisition by Myntra may not be so bad for brands,” said Kavindra Mishra, managing director at Pepe Jeans India.

“Even though Myntra is owned by Flipkart they operate independently and that is how they intend to do with Jabong also,” he said. Abhishek Ganguly, managing director of German sportswear brand Puma, said the online market consolidation means that discounts will further go down. “This will benefit as now there will be margin pressure on online players,” he said.

The Myntra spokesperson said reduction in heavy discounting “will help create value for the consumers”.

The company would focus on better app and website experience, seamless service, faster delivery, new differentiated offerings, new in app features, etc., the person said. Myntra and Jabong are expected to collectively receive about 15 million visitors every month, which will boost the alliance’s gross merchandise value (GMV, or the total value of inventory sold) of about Rs 10,000 crore a year.

The two will hold about 60-70 per cent share of the branded apparel market online and along with parent company Flipkart, the group will enjoy more than 75 per cent of India’s total fashion ecommerce traffic.