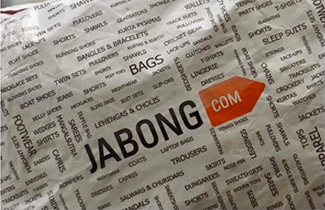 Jabong could fit into Future Group’s bullish fashion business who have not yet built a scalable eCommerce venture on its own.

NEW DELHI: Snapdeal and Kishore Biryani’s Future Group have emerged as final contenders for buying online fashion retailer Jabong at a valuation which is much less than the original asking price.

While Snapdeal is said to be interested in a cash-cum-stock transaction, Future Group has offered an all-cash deal. Global Fashion Group, the owners of Jabong, valued the company at around $200 million, but sources aware of Snapdeal’s and Future Group’s plans said their offers were at a fraction of this amount and could be as less as $50 million. Both these offers have been formally made to the GFG board.

Flipkart and Aditya Birla group’s Abof had earlier evinced interest in Jabong but subsequently withdrew from the race. Jabong was founded under the banner of German incubator Rocket Internet in 2012. Swedish investment firm Kinnevik also owns a large stake in Global Fashion Group.

Both are said to be keen to exit. Jabong could fit into Biyani’s play as the country’s largest listed retail group is bullish on fashion business and Future hasn’t built scalable ecommerce ventures on its own. Snapdeal has been battling it out with deep-pocketed rivals such as Flipkart and Amazon in the fashion segment, considered to earn substantially higher margins compared to electronics or general merchandise.